The gap in women’s leadership gap is a serious issue. According to a report published by the Center for American Progress, only 5% of Fortune 500 CEOs are women. In the case of other top management positions, women are just 7% of all executives in large and small-scale organizations combined and in optometry the numbers are even less. The lack of women in leadership roles in optometry calls for some radical changes that companies must be willing to make.

70% of the graduating classes are female over the last few years, yet women reflect a small majority in of leadership roles. Leadership roles are beyond just top management positions, but president of professional associations, speaker positions, editorial positions, Dean positions at the optometry schools, multiple sublease locations and private practice purchases.

Information can be extracted from the sunshine act, many KOLs, speakers, and consultants in the industry are males. Furthermore, male OD honorarium exceed female payments.

According to Review of Optometry, ”

Male ODs could make as much as 13% more than their female counterparts.

Identifying the Roots of the Problem

Promoting women to senior management positions should never be done on the grounds of mere tokenism. Adopting a quota system for managerial positions is likely to build annoyance in male workers. They begin to perceive diversity and inclusion as a win-lose fight for getting a seat at the executive table.

Rather, the main purpose should be to promote a culture of healthy competition where every individual is recognized and rightfully rewarded for his or her contributions to the company.

The reason behind this can be tied to the glass ceilings that exist for women in optometry.

Almost all corporate optometry firms are established by men. Therefore, they inherently have challenges that not only young but even experienced female ODs can find hard to overcome.

To add to the problem, companies rely on outdated solutions that are rarely of any use in the present-day corporate world.

Many optometry managers are aware of gender inequity in their firms. Yet, they fail to understand the way it works.

Training programs or policies that ‘aim’ to support women at work aren’t sufficient. Female optometrists cannot thrive in the field when the workplace is full of toxicity. Gender-bias views, sexual harassment, inappropriate jokes or comments, and negative feedback frequently hinder growth, irrespective of what role women are serving in.

Females also face less growth after having children. The maternal bias in the industry has been you can’t have it all. If you are successful and a mother than your children must be suffering from it and are a bad mother. The notion that a young female might be too busy at home to get a promotion or expand their horizons in the industry is created by gender bias.

Careful analysis and evaluation of the organizational rules and structure should be the first step towards achieving gender equity. Boasting an open-door policy alone won’t cut it unless you actively try to hear out whether your staff members have anything to say. From company-wide surveys to one-on-one meetings, take feedback from the employees. Seek to understand their thoughts and experiences in relation to gender discrimination and female marginalization.

There should be complete transparency across all departments, so that women do not feel uncomfortable or hesitate to raise any concerns they might have. They must be provided with a supportive environment where they can openly talk about topics, such as pay gap and maternity leave, and overcome barriers with mutual cooperation.

Gender inequality isn’t just seen in the high male-female employee ratio or the lack of women in leadership roles in optometry. It also exists in micro-moments – the brief, everyday exchanges that send derogatory and denigrating messages to women who work equally hard, if not more, than their male colleagues.

What can be done:

Posted in Corporate OD and tagged leadership, women in optometry 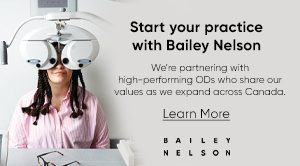 This advertisement will close in